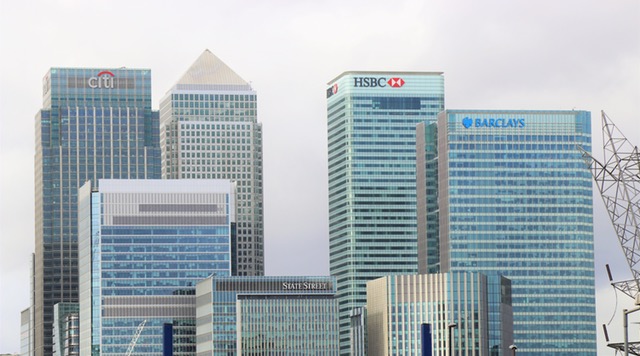 How to Increase Operational Efficiency in the Banking Sector

Our last article traced the connection between reducing bank operating expenses and standardization of processes. In this article, we’re going to use a real-world example to show how these same strategies can increase operational excellence in financial services.

Operational efficiency in banking: When technology works, and doesn’t

This is the story of a well-known global bank. They sought to “digitize” their mortgage operation. They wanted technology to:

These are certainly laudable goals. To accomplish them, the bank invested in a high-volume loan-underwriting workflow technology. They expected—and the technology vendor promised—operational efficiency gains of 30 percent or more.

Our last article described how the first office-technology vendors of a century ago claimed that their new equipment would “gently force” workers to change their methods. That’s what happened here, too.

The vendor boasted that that the improved business processes were “built into” the technology. And so, it was argued, implementing the technology would create a ready-made “digital assembly line” for loan operations. Knowledge workers would be “gently forced” to standardize their work activities in order to use the new technology.

What could possibly go wrong?

The big problem was that executives had never before managed the productivity of the mortgage operation or its employees. So they had virtually no operational statistics to begin with—and measure against. There was no data when it came to things like:

Instead, the organization had been managed (and remember, this is a major global bank) by comparing thousands of ledger-line budget costs from one period to the next.

When it came to business processes and procedures, things were just as bad. Written documentation barely existed. Employees operated on informal tribal knowledge. Their performance was evaluated qualitatively, once a year. 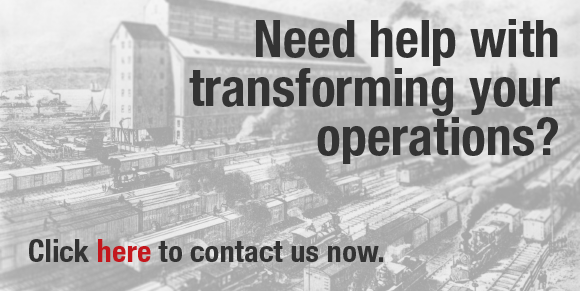 You may be familiar with the computer programming acronym GIGO. It means “garbage in, garbage out.” That applies here.

The implementation team was hamstrung. Since they didn’t have any detail about the bank’s specific processes, they couldn’t tailor the system’s generic ones. They couldn’t load the new system with operational procedures or historical productivity data.

You can guess what happened. The promised “digital assembly line” never delivered. While paper was eliminated, the same old, flawed work processes continued. They were simply shuttled around the organization on a fantastically expensive digital conveyor belt.

While the bank had invested—heavily—in state-of-the-art technology, it didn’t realize any gains in productivity or operations efficiency.

That’s because the standardization of a true assembly line was never implemented. And without this rigor, the bank’s knowledge workers simply continued in their old ways. They were never “gently forced” to change:

Here’s the worst part. This big investment in new technology effectively prevented the bank’s leadership from pursuing further operational improvements. “We’ve already invested in the latest technology,” they would argue. “There’s nothing else that can be done.”

Leadership’s role to increase the operating efficiency ratio for banks

If you’re still cringing from that story, here’s one more for you. And it underscores the role of leadership in realizing the productivity gains that technology can actually deliver.

This is the story of a super-regional bank. They had just installed a system to digitally capture and centrally process documents across their widespread branch network.

The new equipment was highly automated. But it still required human intervention. Not only that, but the human intervention needed to be managed, just like work on a factory floor. It required standard operating procedures. It needed daily reporting on productivity, service, and quality. Just like a factory.

This didn’t happen. The executives were reluctant to do it. “Manage the bank and its workers like a factory?” It didn’t feel right. 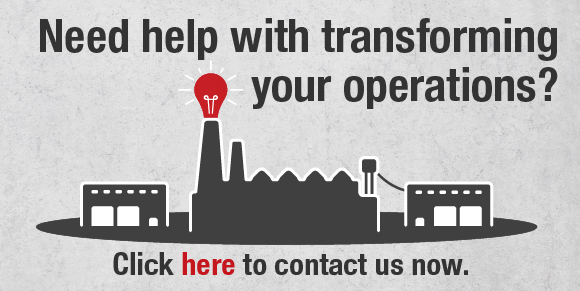 Neither did the results. That’s because the employees used the new equipment based on their individual—and wildly inconsistent—views of operating efficiency:

That’s tragic. Because the new digital technology was designed and implemented properly. But leadership, fearing change, proved to be the weak link. Without the rigor of assembly-line-like standardization, efficiency could not improve. The technology alone would not make it happen.

Operations efficiency, banking, and you

Everyone is talking about automation, digitization, robotics…. But no one is talking about preparing for them. The next technological breakthrough won’t be any more valuable than the last one unless bankers learn to embrace the lessons of industrialization—lessons that were first learned 100 years ago.

We’ll have more insights for you about improving efficiency and cutting costs in banking operations in our next article. But before you read it, you might want to read more about The Lab. For more than 25 years, we’ve helped the world’s leading banks to improve banking services and increase banking efficiency and productivity. Learn more about our unique self-funding engagement model and money-back guarantee.