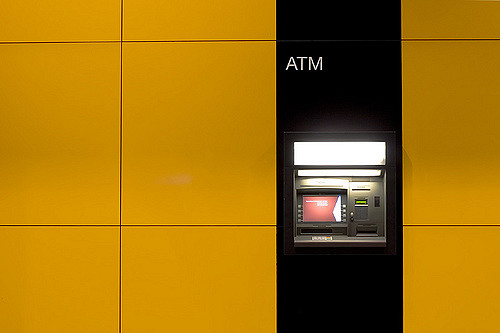 Our previous article discussed ways to increase operational efficiency in the banking sector. In this one, we’re going to dive into a cost-cutting case study with big results—and great takeaways for you.

This story took place at one of the largest consumer banks in the United States. With nearly 1,500 branches, 24,000 employees, and $175 billion in assets, they sought to cut costs and improve the efficiency of their retail branch network. They wanted to cut operational costs and improve efficiency and effectiveness in their back-office support groups. And they wanted to improve the overall customer experience in the process. It was a tall order.

For this initiative, retail branch support functions were analyzed for more than 500 employees across four different cities. Over the course of two months, more than 125 individual-improvement and cost-cutting opportunities were identified. Impressively, nearly 90 percent of these improvements required no new technology investment.

After the initial analysis and design phase of the assignment was complete, the implementation phase began. Five areas were addressed:

The initial analysis shone a spotlight on a glaring weakness for the bank: The rate of not-in-good-order, or NIGO, inbound applications averaged 50 percent. Think about that: Half of the applications received were not in good order. Not surprisingly, the rate for this KPI (key performance indicator) was significantly higher than that of the bank’s competitors.

Numerous non-technology improvements were implemented to fix this problem. Multiple retail branch forms and templates were standardized. This addressed the conflicting information they had previously created for employees and customers alike. A formal feedback mechanism was also installed. This was linked directly to the bank’s management team.

“Business as usual” within this bank included multiple back-office support functions which created positions dedicated solely to rework. It’s another shocker that’s all too common in banking, and invites cost reduction.

Using standardization, the productivity variance of “in good order” applications plummeted to less than 15 percent. But those NIGO applications were still a problem. They were being processed in an ad-hoc fashion, with a variance in productivity routinely exceeding 70 percent. Proven industry-leading practices were required to standardize NIGO fixes, streamline the workflow, and slash variance among teams.

3. Cost reduction in banking: The case of the missing metrics

In this bank, operating metrics were not consistently collected, employed, or understood. Individual performance reporting was inconsistent. Thus management was poorly equipped to implement uniform routines across operational areas. New tools and techniques were required to report on productivity, quality, service, and cost data. This, in turn, helped them to focus their efforts on workforce performance and cost reduction in banking overall.

Ineffective processes permeated the bank’s back-office operations. This prevented a focus on a lean, customer-centric experience while applications were being processed. These were compounded by:

These problems made themselves known in numerous KPIs, including processing cycle time, error rates, and backlog volumes.

The results of this lean effort, implemented in concert with the bank’s management team and internal change-management organization, are incredible. They’re all the more impressive when you realize that no new technology was required:

Best of all, this project broke even in just six months. Six months after that, its ROI was pegged at a factor of 4.5.

This is an absolutely true case study from the files of The Lab Consulting. It’s just one of countless others we’ve delivered for clients for more than 25 years. You might want to learn more about The Lab’s unique self-funding engagement model and money-back guarantee. Perhaps the story of your bank, tactfully disguised as this one was, might end up in these blogs, too.