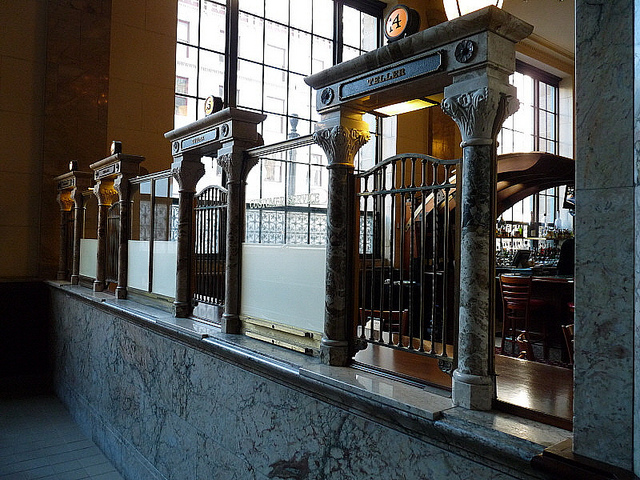 Making the Transformation to a Relationship Banking Strategy: The Opportunity and Why it is Important

As banking makes the shift toward digital—and as most banks’ digital offerings seem similar, to customers—the pressure mounts to differentiate your offerings and improve the customer experience… all while cutting costs and increasing revenue.

It’s a challenge faced by virtually all banks today. And there seems to be a magic bullet for accomplishing it. It’s represented by a relatively new role in the branch, known as the Relationship Banker. (Some banks and organizations, such as the American Bankers Association, refer to this as the “Universal Banker,” but we’ll stick with the more commonly-used term “Relationship Banker” here.)

So what is a Relationship Banker? Why is he or she such a hot commodity these days? What are the advantages and disadvantages of relationship banking? And most importantly for you and your bank, how can you transition to the Relationship Banker strategy, as quickly and cost-effectively as possible?

We’re going to answer all those questions in this blog post. It’s the first in a three-part series, and much of its information is drawn from numerous real-life case studies from The Lab’s files, based on our work with a number of banks implementing a relationship banking strategy across the U.S.

The role of the relationship banking strategy superhero: The Relationship Banker

A teller can only do so much. They can process deposits. But that doesn’t yield much revenue for the bank. And they can’t sense or seize opportunities with, say, business customers who stop by the branch for a routine transaction, yet are ripe prospects for a more-profitable offering like a commercial loan.

Enter the Relationship Banker. This is a multiple-hat-wearing superhero who can handle the transactional duties of the teller, yet also bring more of the bank to the customer, in a more personalized way, than any teller—or certainly any digital platform.

How can this super-skilled person cut the costs of your labor pool while increasing revenue by implementing a relationship banking strategy? How can he or she help you improve your efficiency ratio? The trick is not to think about “cutting more tellers.” The trick, rather, is to adopt the new mindset – the relationship banking strategy. Avoid the knee-jerk reaction of saying “We can’t reduce the headcount in our branches!” This is a different strategy, so different rules apply. In the Relationship Banker strategy, the numbers and requirements are, simply, different. You can cut costs, and earn more, by getting to know—and serve—your customers better.

The Lab didn’t invent the Relationship Banker model. We can, somewhat immodestly, claim that we’re helping to perfect it. As it sweeps the industry, there are generally two camps pursuing it. The first consists of the mega banks that are struggling under the legacy burden of too many branches, and too much cost. They’re looking to reduce their footprint by implementing a relationship banking strategy.

The second camp is the one that interests us in this discussion. These are the regional banks that, often via acquisitions, are looking to increase their footprint and show economy of scale. These are the kinds of banks we’ll be describing from our case studies.

Hiding in plain sight: Why relationship banking is important

The Lab was recently engaged to help several different banks to cut costs, boost efficiency, improve the customer experience, increase standardization and transparency… and accomplish all of that without investing in new technology.

(If that sounds like an impossible challenge to you, know that we do that every day at The Lab. Read more about our engagement model here.)

While we were initially reviewing these banks’ operations, we discovered a common thread: Some had branches or divisions which had actually tried to implement the Relationship Banking strategy. While they hadn’t quite perfected their approach (we discovered a distinct trend toward over-staffing), they leapt out as models that could be rolled out to the rest of the respective banks, based on a branch-by-branch priority analysis.

Our sponsors—typically the bank’s CFO—routinely told us that they had certainly considered expanding the role of Relationship Banking across their enterprise. But, just as typically, they were met with resistance from the branch managers. It seemed, initially, like there were lots of valid reasons to prevent the transformation:

In a word, wow. That certainly seemed daunting. There were lots of hurdles—and no well-defined process for the rollout.

First things first. In each bank branch, we approached the very people who, we were told, wouldn’t be able to handle the transition. What we found was very different from what we were initially told:

In short, all the answers came back this way. We were able to report back to the respective executive committees within a matter of days. Their reaction? “It feels like Christmas!” In each case, we were given the green-light to proceed with implementing the relationship banking strategy.

In hindsight, why didn’t anyone realize that the hurdles would be so low? It’s because no one had asked before. No one took the time to approach the people who would be responsible for the different aspects of the transformation. The information was all in their heads. It was never written down. The knowledge had been, simply, tribal.

In our next blog post, we’ll detail the way that we designed these Relationship Banking strategy transformations. You’ll see how, for each bank, we laid out a clear implementation roadmap, based on rigorous analysis and hard data. And you’ll see how that set up the implementation and ongoing improvement, which will inform the third part of this three-part series.

Here’s a little teaser for you: Making this transformation is neither as hard nor as daunting as you might expect. Join us for the journey!

Want to jump ahead to the happy (and prosperous) ending for your bank? Contact The Lab now to get more information, and a no-obligation quote.