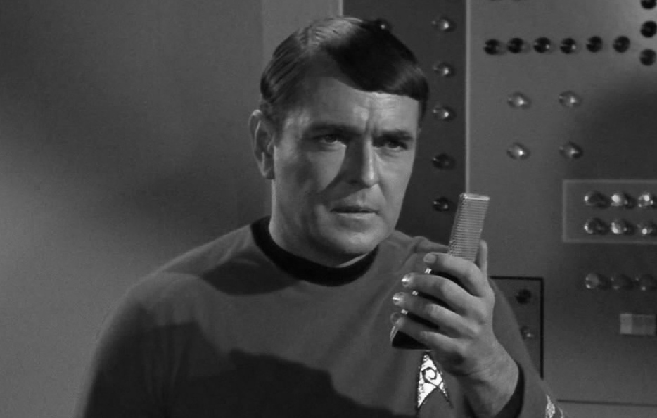 Our previous blog post showed how to increase productivity in banks in under six months. It was based on a real-life case study from the files of The Lab Consulting.

By its Star Trek-inspired title, you might think that this blog is rooted in fiction. But nothing could be further from the truth. In this article, we’ll examine some cost saving ideas for banks that are powerful enough to feel like fantasy, but they’re all based on down-to-earth solutions.

“Beam me up!” Cost savings initiatives for banks that work right now

Everyone knows Captain Kirk from Star Trek. Everyone also remembers his beleaguered chief engineer, Montgomery Scott, a.k.a. Scotty. Whenever things got dire (and of course they did, in every episode), Kirk would implore Scotty to “Give me more power!”

As you recall, Scotty would always complain that he couldn’t. Yet, at the last second, he always did. The ship would be saved, strong enough to face the next episode.

What, you may ask, does this have to do with banking efficiency and productivity? Quite a bit, actually. Senior banking executives looking to cut costs always scream for “More technology!” But they should learn to act less like Kirk, and more like Scotty. Consider that he always gets the job done without any system upgrades.

Technology isn’t always the only, or best, solution when it comes to cost savings initiatives. That’s because the problem itself isn’t one that can be solved by technology alone. Often the problem—in the form of the tasks or the banker’s approach to it—is the “anti-solution.” In other words, you can change a task or behavior, cut costs, improve profitability and operational efficiency of public sector banks without adding any new technology. It seems like science fiction. But it’s a fact.

Opportunities for cost cutting measures in banks are everywhere

As it turns out, the vast majority of cost saving initiatives in banks require no new hardware or software. They’re hiding in plain sight.

We’ve analyzed more than 150 business processes, among more than 100,000 job positions, at more than 60 different banks, ranging from global giants to large regionals. And the non-technology improvement opportunities we’ve uncovered outnumber their tech-based counterparts by three to one. They’re hiding in every job position, from the teller line through the back office to support groups such as Finance and Marketing.

Today, only a small fraction of the cost-reduction opportunities in these banks are ever discovered, let alone implemented. Yet the low-value tasks that can be reduced or eliminated altogether are currently consuming 30 percent of employees’ time.

Banking efficiency and productivity initiative ideas can be hard to spot

If all this wasted effort is in plain sight, why isn’t it being dealt with everyday? It’s because it’s not as obvious as you might think. These wasteful tasks masquerade as valuable contributions. Workers think they’re helping customers and the business, when they’re actually wasting time and effort. Consider all of these real-life profitability and operational efficiency draining examples which The Lab has uncovered:

Consequently, improvement teams must learn “to boldly go” where they haven’t gone before. They need to see work, and waste, in a new light.

It’s worth the effort. At least 25 percent of selling tasks, as a single example, can be eliminated without reducing revenue.

A creative approach to cost savings initiatives for banks

In a factory, the identification and elimination of wasteful, low-value tasks is known as “lean improvement.”

But why should cost savings initiatives exist only in factories? It can also be applied to improve the profitability and operational efficiency of public sector banks, starting with their knowledge workers.

You might assume that all knowledge workers employ creative thinking to solve non-routine problems. But that’s not always the case. For example, commercial lending officers are expected to establish new commercial relationships and sell more of the bank’s products and services to existing accounts, too. But these workers’ creative efforts are hamstrung by vague instructions, loosely-defined terms, and poorly documented procedures. They’re user-unfriendly, both for bank employees and the customers they serve. These inefficiencies rob loan officers of revenue generating, customer facing sales up time.

To keep with our Star Trek theme, this becomes a creative-effort black hole. Lending officers are forced to waste up to 60 percent of their skills on mundane, trial-and-error administrative activities such as obtaining signatures, retrieving loan files, and generating ad-hoc presentations. Standardization would eliminate more than half of these tasks. Yet where was the bank’s “Scotty,” whose job it was to seek out these standardization opportunities in the first place?

Retail branches are even worse. They’re the single largest source of non-technology improvement opportunities. When tellers have a question, they’ll often call the customer contact center, rather than consult their confusing manual or intranet directory. The call center reps will think they’re helping. But they’re taking time away from their own customers. The problem was the teller’s tools all along.

Our next article will bring you another real-world case study that centers on process improvement ideas in banking. It’s based on The Lab’s unique engagement model, which is self-funding (in six months or less) and money-back guaranteed. Learn more about it here.