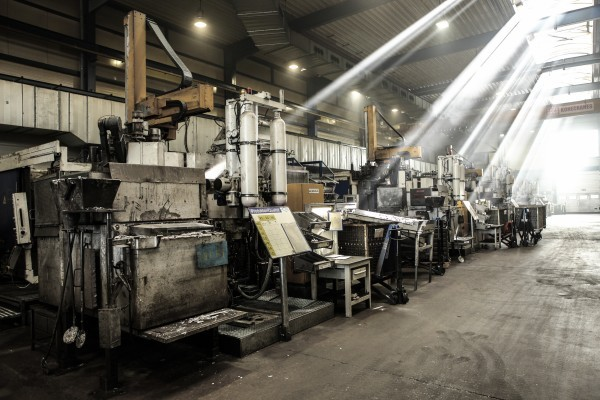 Cost Reduction in Banking: A Lesson from Henry Ford

Our previous article told the story of a bank’s Caribbean operations, and the numerous opportunities The Lab Consulting found there to help them develop cost cutting strategies. It’s a powerful story with valuable takeaways; you should check it out in case you missed it.

Despite its historical-sounding title, this article is very much about cost reduction in banking today. It draws on lessons from the past. But it contains lots of information that you can put to use right away. Get ready to cut those banking costs!

Today’s banking executives talk so much about “digitization,” you’d think it was some kind of magic bullet for bank cost cutting.

That’s an enticing argument. Look, after all, at all of the industries that have changed, radically, thanks to digitization. Music purchases, travel booking, grocery shopping, taxis and ride-sharing, the list goes on and on.

And digitization is changing banking. The problem? This charge isn’t being led by banks. Rather, it’s being spearheaded by an onslaught of nimble non-bank fintechs. Think of these examples which are chipping away at banks’ traditional lines of business:

This is a trend that shows no sign of slowing. New entrants will continue to cherry-pick a bank’s most vulnerable products, making them entirely self-service. It’s similar to the way that the web stole classified ads from newspapers.

So banks need to digitize, and fast, in order to keep up and keep ahead when it comes to cost reduction… right?

Not exactly. There’s a big prerequisite here, and that’s how our old friend Henry Ford found his way into the title of this article.

Today’s banks, in contrast to their fintech competitors, are stuck in the past. This is paradoxical: The workers all have state-of-the-art computers! Yet our experience, working with more than 100 banks, reveals that banking automation stands at a meager 20 percent.

Note that we said “automation,” and not “digitization.” That’s because you can’t successfully digitize until you successfully automate.

And here’s the killer: The Lab Consulting’s analysis of tens of thousands of job positions reveals that about 40 percent of bank workers’ manual tasks can be eliminated. Are you sitting down? All of this can be accomplished without upgrading their technology.

Only when your bank employees’ processes are optimized, can you begin successful automation.

We call this process “industrialization.” That’s because its principles can be traced to the early years of the 20th century. Think of Henry Ford. Think of the Model T. Think of the assembly line. It was an innovation that was quickly copied and adopted by manufacturers globally. And it brought about the biggest increase in productivity the world has ever seen.

For Mr. Ford, this began around 1913. He began to standardize parts. He documented detailed work methods. He sought out wasted effort and eliminated it.

Every improvement was built into the workflow. The assembly line was continually tuned and tweaked for efficiency. The time required to build a Model T went from 12.5 hours to just 1.5 hours. It was a stunning example of cost reduction.

Cost cutting in the banking sector: Leaving the white collar behind?

Henry Ford’s techniques inspired a revolution. Interestingly, in his own day, his methods were found to be effective in office jobs, too. They could transform things like engineering, advertising, sales, procurement… or banking.

Hundreds of experiments bore this out. They were published in books, pamphlets, and white papers.

Yet they were ignored. Tragically, they still are. Executives in general, and banks in particular, routinely cling to the pre-industrial process of the past. No wonder fintech firms have them squarely in their sights.

Consider these examples from an actual bank which The Lab has worked with:

Retail bank cost cutting and the advantages they have over fintechs

Full-service banks have an edge over fintechs. They already have plenty of existing customers. They offer a variety of products. They boast extensive resources. They know compliance.

But these advantages are often squandered. Our review of banks’ prior transformation efforts reveals a dismal track record. Most began their attempt by upgrading their technology, rather than their business processes. Only 20 percent of these initiatives delivered any tangible benefits. Virtually all were late. And more than 75 percent were over budget by more than 50 percent. That’s simply deplorable.

If you don’t think that basic process improvement isn’t the essential first step to reduce operating expenses in a bank, consider this painful example which The Lab Consulting has encountered firsthand:

At one bank’s mortgage division, written instructions for escrow calculations are widely available. And new employees are trained to use them. But no one does. Instead, they rely on a combination of tribal knowledge and individual improvisation to make escrow calculations. This means that more than 30 percent of their calculations fail to comply with the written instructions. And it results in subpar compliance, lost productivity, and an inconsistent customer experience.

This is just the tip of the iceberg. Consider these other sordid details:

In a factory, all of this waste would have been identified and eliminated years ago. But today’s knowledge workers don’t perceive these activities as waste. They think they’re adding value. They believe they’re preserving revenue. They contend that they’re making the sales force more effective.

They also believe that their work (“re-work”?) is essential. As things stand, it is. But it is also avoidable. They’re wasting their days patching holes and closing gaps. They’re perpetuating undocumented business processes, inconsistent tribal knowledge, and anything-goes work methods. We have a name for this activity at The Lab Consulting. We call it “virtuous waste.”

In the early days of manufacturing—back before standardized parts—skilled workers were required to fix the fit and finish of imperfect parts. But as metallurgy and measurement improved, their services were no longer needed.

Today, too many bank knowledge workers spend their days on “fit and finish.” You sure can’t achieve cost reduction in banking with a system like that.

Our next article is another compelling case study. It details how The Lab Consulting helped a bank improve productivity. We were able to help that bank—just as we can help yours—with our unique self-funding engagement model that pays for itself in just six months, money-back guaranteed. Learn more about it here.