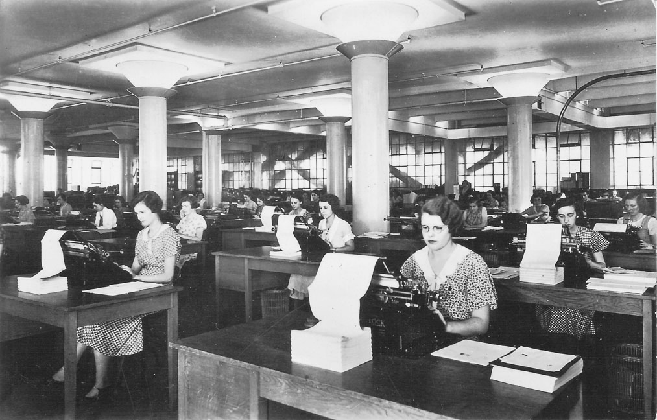 When Waste is Virtuous

Executives at a global brokerage knew that errors crept into new account setup and paid a costly staff to correct them. Sound familiar?

Everyone at the brokerage thought the sales force was the cause of this “insignificant, unavoidable” cost of doing business.

Although less than 20% of applications included errors, 60% of the staff’s time was devoted to correcting them. And since staff members found their tasks satisfyingly challenging, and executives perceived them as unavoidable, this “virtuous waste” remained hidden in plain sight.

This “rework factory” was reorganized with classic, turn of the century methods. Error correction, ad hoc and informal, was standardized and quantitatively monitored. Processes were documented, revealing that most errors were caused not by the sales force but by inadequate new account instructions, confusing forms and other factors within the set-up organization. Two thirds of the “virtuous waste” was eliminated in 60 days. More than half the work was given to lower cost (65% less) staff.

Knowledge workers are allowed, in plain sight, to treat rework and error correction, tasks that would have been eliminated on a production line generations ago, as indispensable and even valuable activity.

This is not unusual. Knowledge workers are allowed, in plain sight, to treat rework and error correction, tasks that would have been eliminated on a production line generations ago, as indispensable and even valuable activity.

By contrast, when waste is encountered in an assembly plant or a distribution network, there is no debate over whether waste is waste. Causes and corrections might be debated, but, scrap material, machine downtime and error correction will be universally acknowledged as valuable targets for elimination.

Once we step out of the plant and into the office, however, the rules of perception seem to shift, and we might well find ourselves in a philosophical debate about the very definition of waste. If 40% of new account applications or in-bound orders are received with missing or incorrect data, the time spent on correction will likely be perceived as an unavoidable cost of doing business. Moreover, the employees performing these tasks will likely take pride in their work, pointing out that they are preventing revenue loss and dissatisfied customers. Their avoidable, unnecessary corrective actions have somehow been allowed to morph into good, honest, even virtuous, work.

Individually, these tasks occupy mere minutes at a time of the knowledge worker’s day – hardly noticeable. Cumulatively, however, 30-40% of the total organizational capacity within these knowledge worker hives is consumed by such virtuous waste. Since knowledge workers, the costliest of all employees, account for 25-50% of the workforce, their hidden rework factories represent a direct cost, or opportunity, of biblical proportions.

We have incorrectly concluded that knowledge work cannot be looked at systematically, as Frederick Winslow Taylor did with manual labor.

Even worse, knowledge workers are the employees most directly responsible for identifying, measuring and increasing the value of the business. The Finance Group, arguably the Mission Control of value management, is often the worst offender, churning out thousands of management reports that tend to obscure more than clarify the sources of margin, profitability and value.

We have incorrectly concluded that knowledge work cannot be looked at systematically, as Frederick Winslow Taylor did with manual labor. “Knowledge worker” implies that all of that person’s tasks are intellectual and innovative, but these creative activities typically represent a minority of his or her total workday.

In coining the term “knowledge worker,” management guru Peter Drucker did not suggest that they become mired in inefficiency. To the contrary, as author Elizabeth Haas Edersheim has written, “Peter Drucker felt that many of the principles and techniques used to deliver operational excellence in the manufacturing world could also be used to improve efficiencies in the service and knowledge worlds.”

Where does the problem begin? Were Frederick Taylor to observe knowledge work today, he would see many of the problems he saw on the factory floor.

We might even say that, along with not getting grease on our hands, these characteristics of “knowledge work” are partly what make it attractive. Sprinkle a feeling of virtuous accomplishment in the elevator at 5 p.m., and the alternate universe is complete.