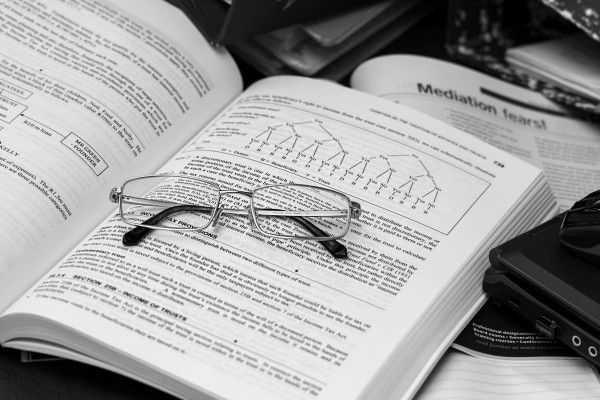 It might seem counterintuitive that the U.S. government—and the I.R.S., no less—could provide a valuable lesson in reducing cost. But when you take a new perspective on the word “tax,” the possibilities suddenly become both illuminating and compelling.

But before we dive into the tax code and how it can help you with your cost reduction strategies, let’s first examine the hiding-in-plain-sight issue that is literally costing companies billions in overhead.

The anti-standardization bias is not only self-serving. It’s misleading. It reinforces the status quo, while masking the cost reduction opportunity of our time: the standardization of knowledge work.

Standardization is not a new concept. It’s enabled two centuries of industrial revolutions. And as far back as the 1920s, some visionaries proved that it could revolutionize office work, too. But they were ignored.

Fast-forward to the present. Office work (or “knowledge work”) now accounts for 60 percent of the market value of the average S&P business. And it’s here that cost reduction measures could deliver the most business value. That’s because today’s knowledge workers spend (no, make that “waste”) a third of their average day performing easily avoidable, low-value activities, such as error correction, rework, and over-service.

Ironically, office workers regard their effort as anything but wasteful. They believe they’re helping. They think that all this time and effort are being productively spent—and are increasing the value of the business.

We disagree. In fact, we’ve come up with a term for this type of activity: we call it “virtuous waste.” And waste it is: It squanders some 20 percent of earnings, robbed straight from the bottom line. For the Fortune 500, this translates to a shareholder loss of more than twice the combined market value of Apple, Google, and Microsoft.

Now that we’ve got your attention, let’s get back to the tax code.

Cost reduction initiatives a century in the making

Back in 1913, when the U.S. government introduced the first federal income tax, it published a code—the Tax Code—which mandated universal standards for defining, measuring, and reporting business income. It was a knowledge-work breakthrough: a form of standardized productivity management applicable to all businesses. And here’s the stunner: It was only 14 pages long.

When it became public, accountants felt broadsided. They’d spent their entire professional lives laboring within the realm of financial accounting’s oral tradition and dearth of documented standards. Standardize their work? It was an affront to their professionalism.

Today that story seems quaint. After all, U.S. tax accounting is consistent and efficient wherever you go. But its lesson in cost cutting measures for business is too valuable to overlook.

How to reduce costs with standardization

To claw back the value squandered by the anti-standardization bias, think of it instead as a self-imposed, internal “tax.” That’s because, in the absence of standardization, the productivity of knowledge work is almost impossible to measure objectively. The subjective and nonstandard procedures of “professionalism” produce a predictable glut of costly and avoidable knowledge work—a “tax” of wasted effort that eats away, unseen, at business earnings.

Unlike taxes levied by the government, the “tax” of the anti-standardization bias is never reported, nor collected by the business. But it could be.

The good news is that diligent executives can translate this insight into sustainable cost reduction. This starts by drawing inspiration from the original 14-page tax code: that is, mandating a concise system to define, measure, and report the productivity of each knowledge-work organization in the business.

It’s not a new idea. But moving it off the factory floor and applying it to knowledge work is novel. And the longstanding, anti-standardization bias makes it all the more compelling as an undervalued cost reduction strategy today.

A wrench in the gears of strategic cost reduction

Just in case the direct comparison to industrial standardization isn’t strong enough for you, consider this story: Back around 1915, just as the mass production of the automobile was taking shape, progress was widely impeded by the anti-standardization bias among the primary knowledge workers in the business: engineers. They would specify a bewildering and cumbersome array of one-off wrenches and bolts needed to make a car.

Enter the Society of Automotive Engineers. They eventually put an end to this wasteful practice, mandating the standard SAE sizes found in auto-parts stores today.

The same held true for aluminum tubing. Engineers originally thought that more than 1,000 different sizes were needed. Management mandated that only 50 were required—and that became the standard.

Your workers aren’t wielding wrenches. But they are generating excess management reports. They’re over-servicing clients. They’re correcting errors that probably shouldn’t exist in the first place. The parallels are too powerful to ignore. We’ll discuss them in more detail in our next post, which points up the new golden age of cost cutting strategies for companies.

Incidentally, eliminating virtuous waste is what we do here at The Lab Consulting. Read about how we’ve helped others—and can help you—to cut these profit-sapping costs via our unique self-funding engagement model.

Email us at info@thelabconsulting.com to learn more today.