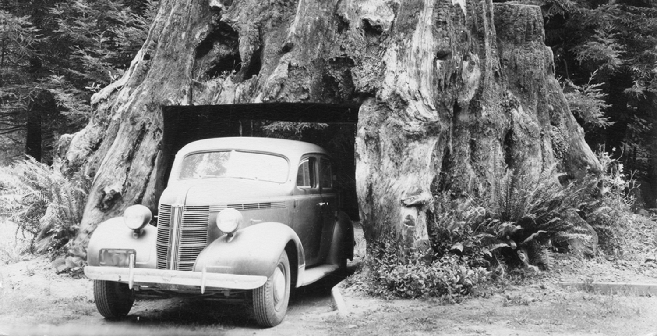 Improvements Too Big to See

“A man’s errors are his portals of discovery.” – James Joyce

Scientists, artists, mathematicians and stock traders have long cherished all types of errors as tools for discovery. However, they are particularly fascinated by errors of contradiction – any situation in which inconsistent elements are present. The reason: Contradictions can provide clues that a major opportunity might be uncovered by challenging even the most trivial assumptions that are routinely taken for granted: Is that a flaw in my telescope, or a new solar system? Is gold mis-priced relative to oil, or is my valuation model wrong?

Businesses fail to discover or capture as much value from error as their colleagues in science, math and stock trading. Perhaps it’s not surprising then that businesses are particularly oblivious to that most fascinating and valuable error of all: Contradiction.

Business executives view errors less positively. Executives and employees alike usually interpret errors personally rather than objectively, often getting defensive when these are pointed out. They tend to see errors more as ‘grounds for termination’ rather than ‘portals of discovery’. Instead of thinking of errors broadly, as a nuanced suite of prospecting tools for discovering value, they view errors more selectively – and simply. Errors are defects that must be eliminated quickly and, preferably, without attracting attention. No pondering of errors is needed or encouraged.

As a result of all these factors, businesses fail to discover or capture as much value from error as their colleagues in science, math and stock trading. Perhaps it’s not surprising then that businesses are particularly oblivious to that most fascinating and valuable error of all: Contradiction.

Executives and front line employees alike are typically uncomfortable, even resentful, when contradictions are pointed out:

Actively ignoring contradictions, businesses prefer instead to focus on errors of consistency— defects. They search for, or ‘expect’, such errors to fall in predictable locations such as product quality. They look for errors within narrowly defined, ‘expected’ ranges, such as defects per thousand. In a way, they expect errors to ‘behave’, to be consistent with their perceptions, expectations, improvement tools and goals—not too big, not too small, and discovered in just the right locations.

Of course, many errors do behave quite nicely. They consistently locate themselves in the ‘expected’, acceptable locations of assembly lines and distribution networks. They fit quite neatly, almost eagerly, into the conventional diagnostic and discovery tools originally developed on the factory floor beginning in the early 1900s. And when these well-mannered errors of consistency occur consistently, the conventional, well oiled machinery of business improvement relentlessly ferrets out the root causes and harvests everything – down to the last six sigma benefit. Over generations, this has reduced vast swaths of the business landscape to clear cut wastelands of further opportunity. All of the low hanging fruit has been stripped and even the trees have even been cut down. Worse than that, it has reinforced a general perception that the ‘good old days’ of near-term, dramatic improvement—without technology or outsourcing – have long since passed.

Fortunately, this is not true, but pondering is required.

Executives must override their perceptual instinct. They must adjust the zoom lens of their conventional expectation, pull back to wide angle, and an embarrassment of riches, in the form of contradictions, will enter the frame.

The remedy is as simple as it is difficult. Executives must override their perceptual instinct. They must adjust the zoom lens of their conventional expectation, pull back to wide angle, and an embarrassment of riches, in the form of contradictions, will enter the frame. Right alongside the depleted wastelands of conventional improvement perception they will begin to notice huge, absurdly valuable, contradictions and related improvements. These tower silently, like old growth sequoias, proverbial, unnoticed forests throughout even the smartest organizations.

As you struggle to dramatically increase the value of your business, and its competitive position, embrace a notion that was previously inconceivable: Your perception may be your own worst enemy. But then remember, perception is also your competitors’ own worst enemy. And as the proverb states, the enemy of my enemy is my friend.