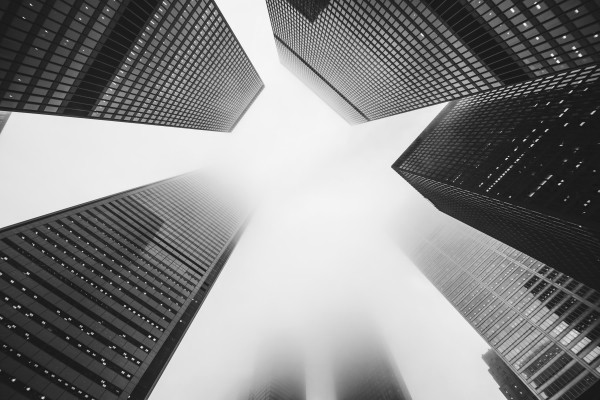 Cutting Costs in the Fortune 500 – A True Story

We promised in our last post to provide a genuine example of standardization-based cost cutting in action. And that’s exactly what we intend to do here.

This is the story of Michel, the European-based CFO of a global tire manufacturer. He’s also a staunch advocate of cost-cutting strategies that rely on standardizing knowledge work. But that’s getting ahead of the plot.

When our tale began, Michel had flown across the pond to visit Pete, his head of manufacturing for The Americas operations. Over lunch, the topic of audits arose.

Audits were a sore spot for Pete. He immediately griped about the burden these imposed on his management team. Safety audits, financial audits, physical inventory audits and product design audits all failed to produce actionable information. Worse yet, they robbed his team of time, their most precious commodity. “With all of these audits, we hardly have any time to properly schedule the plant,” he moaned. “We’re forced to make a ridiculous number of daily schedule changes.”

Michel tried to suppress a smile. He saw his opening. “Why don’t you let my finance reporting team audit your scheduling operations? They could do a whole plant in just a week.”

Pete hesitated. What on earth, he wondered, could his industrial engineers ever learn from Michel’s accountants? Every plant is unique, he reasoned, and therefore every schedule is unique.

But Michel was the CFO, and so Pete agreed. “Sure,” he said. “Go for it. I’ll make sure my team cooperates fully. But I don’t know what you think you’ll find.”

Michel replied, “I think it will be pretty interesting.” And despite himself, he smiled.

Michel was delighted. He knew exactly what to expect from this seemingly innocent audit. More importantly, he was pleased that he’d secured a low-key entrée for his team to extend its work-improvement abilities to another continent within the enterprise.

Here’s the backstory. Michel’s two-year-old “reporting team” consisted of a dozen traveling analysts attached to his management-reporting organization. They’d spent the first six months of their existence standardizing the company’s internal reporting operations. In effect, they created a centralized “knowledge-work factory” (a term we first introduced in our last post). They applied updated versions of century-old techniques that had been perfected during the Industrial Revolution. They simplified. They standardized.

After their internal reporting success, they turned toward other high-value but non-standard knowledge work across the enterprise that might be ripe for similar, “industrialization-style” cost savings. First, they helped marketing create a “marketing campaign factory.” Next, they updated the customer call center network. Now, they were looking at knowledge work within the walls of the production plants. They knew—and Michel knew—exactly what they could improve in Pete’s operations throughout The Americas.

To Michel’s “reporting team,” Pete’s scheduling operation was a knowledge-work factory. The “product” it produced was a daily schedule.

This schedule was complex. It consisted of about 100 components or sub-schedules. These included everything from machine stations to material handling, and even to the internal power plant that produced steam and electricity. Pete’s engineers, to their credit, kept a database of rigorous scheduling standards. Every activity in the database had a standard estimate of the time required to perform it. These were measured in minutes or even seconds.

The detail devoted to this effort was impressive. Just like every item in the supply inventory, each activity was tracked via a bar code. A critical path model took a holistic view of the sequence of scheduled activities and prevented conflicting combinations that might impede production.

Pete certainly had ample reason to be proud of his scheduling team—and skeptical of Michel’s. What could they possibly find?

Michel’s reporting team quickly zeroed in on manual edits to the digital schedule. And they found tons. These manual changes to the scheduling standards were always additions to the original estimated timelines.

Where did these come from? The sources were numerous. They often hid in plain sight. The original schedule was precise, based on standards and measured to two decimal points. Pete’s engineers, however, routinely added “override” line items to the schedule manually. The results were daunting: overrides could extend production time by hours. Worse, they effectively understated actual plant capacity.

There were other sources of leakage as well. The plant’s full-time scheduling team was lean. Seven engineers managed more than 2,000 workers at a facility that operated 24/7 for 364 days of the year. But this lean team had no control of downstream schedule revisions. Consequently, more than 100 foremen and team supervisors were free to modify the schedule at will. And they did. Michel’s team discovered that they changed the plant’s daily schedule 2,000 times a day.

It wasn’t even a “schedule” anymore. Instead, it was an after-the-fact record of manual changes run amok.

Michel’s team quantified the impact of their findings:

The broader costs to business value were staggering:

The lessons from this story—and their application to knowledge-work functions across numerous industries—should be clear. Even the best-intentioned strategies can fall prey to “virtuous waste,” which masquerades as “fixes” to the system but robs the company of time, value and profits.

In our next article, we’ll dive into more detail about common impediments to cost saving initiatives.

You may want to explore how The Lab Consulting provides non-technology cost reduction strategies, via our unique self-funding, money-back-guaranteed engagement model.

Email us at info@thelabconsulting.com to learn more today.